There is something about dressing up that adds a little extra happiness to your day. Rompers and wrap dresses are some of the most well-known casual clothing in the world, and it’s no wonder why! These two classic women’s clothing staples were both invented in the twentieth century, and they’ve been quite popular ever since. 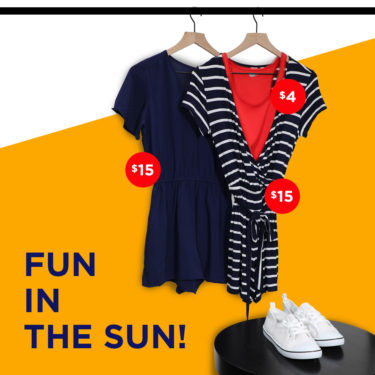 The romper is an all-in-one style that typically consists of a one-piece combination of shorts and a shirt. They are also known as playsuits. The modern version is usually shorter than knee length. While rompers may vary by design details, they will always offer great convenience because they eliminate a couple of layers while still being cool and stylish. Rompers can be worn to work with a blazer or scarf; to dinner with a cardigan; or on weekends without anything else—they’re casual enough for summer days but also appropriate for meetings at corporate offices.

It’s impossible to argue against the iconic status of this dress. For over four decades, it has served admirably as one of the toughest pieces in any woman’s wardrobe. Diane von Furstenberg invented this fashion staple in 1974 and what started out as a bodice-style blouse evolved into something she never imagined: a worldwide sensation that became her most well-known design to date. And you know what else? You might be surprised to learn that originally, the frock was intended to be worn with pants!

How to Wear Them in the Summer

A romper can either be dressed up or down—and you can wear it in any season. If worn with heels, your outfit will be more formal. Or, add some sandals and a sun hat to look more casual. A wrap dress looks great with shoes that make your legs look longer—for instance, strappy sandals or wedges work well to elongate your frame. These classics will never go out of style!

At Peter Harris, you’ll always find your favorite designer brands for 30-70% less than department stores. Hurry into a store near you today!